Caution! The estate tax has a hole in it. Not to worry – a bit of legislative spackle is on the way.

The estate tax (with its current $3.5 million exemption) is just a few months away from expiring – albeit for one year. Then, if Congress fails to act, the estate tax will reappear in 2011 with a $1 million exemption. This odd scenario exists because of the 10-year expiration of the 2001 tax bill passed early in the Bush Administration.

A recent article in the publication The Hill quotes experts and Congressional staffers saying that Congress will enact a one-year “patch” which will extend through 2010 the current $3.5 million estate tax exemption and tax rate of 45 percent. The congressional staff members indicate that because Congress is busy dealing with healthcare reform, a long-term decision for the estate tax will have to wait until 2010.

Both the Obama administration and Senate Finance Chairman Max Baucus have proposed making the $3.5 exemption and 45 percent top rate permanent. However, Republicans and some conservative Democrats have suggested a $5 million exemption and a top rate of 35 percent. With such splits present not only between the parties but also with the Democratic majority, a one-year “spackle” approach might lead to the scenario described in the blog article by my co-blogger and law partner, Ted Simpson. Under this scenario, election-year gridlock and inaction by Congress could lead to the return of the $1 million exemption in 2011. Spackle may have its limits.

I welcome your comments and questions.

Effective September 28, 2009, a new bill passed by the 2009 Oregon legislature imposes a new tax on what a legislative staff summary refers to as a “specified group of health insurers.” In particular, the new law assesses a 1% tax upon the gross amount of premiums earned by health insurance providers. The stated purpose of the new tax is to provide health insurance to low income children – a commendable objective.

As the popularity of insurance companies is probably not high, most people might not have a great deal of sympathy for the plight of the newly taxed. However, the tax has already begun to “trickle down” to the rest of us. I’ve recently read a copy of a letter from a CEO of a major Oregon health insurance provider to a customer. Noting the new tax’s impending effective date, the letter pleasantly informs the small business insurance customer that “your premium rates will be adjusted to reflect the new 1 percent tax.”

However, the “trickle” does not stop with the small business. The owner of that business will now need to make a difficult decision as to whether to raise prices, absorb the cost, cut costs of other employee benefits, or pass the additional costs on to employees. You get the idea – the tax lands upon small businesses and their employees at a time when many such businesses are stretched to the breaking point (assuming they’ve made it this far in the recession).

Is this really the intended consequence of the new policy? I welcome your comments and questions. 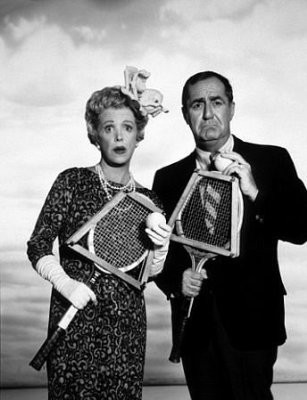 At the risk of dating myself, I grew up watching Gilligan’s Island on television. As I did not grow up in a wealthy household, my youthful image of a “rich” person was Thurston J. Howell, III, the extremely wealthy and rather lazy member of the marooned “Gilligan” castaways.

Demographic statistics (and my own anecdotal experience) tend to show that wealthy individuals in the United States do not resemble Thurston Howell. Rather, many are owners of small and entrepreneurial businesses. This conclusion has certainly been supported by the research of Dr. Thomas J. Stanley, co-author of the bestselling book The Millionaire Next Door. Dr. Stanley’s central finding is that wealthy individuals in America acquire their wealth through hard work, careful savings, and living a lifestyle well below their means. Often these individuals are “self-made” business owners whose hard work and good ideas have brought them economic success.

As I mentioned in my previous post, Congress is currently considering proposals to increase the top two tax brackets from their current 33% and 35% tax rates to 36% and 39.6%, respectively. Congressional leaders have proposed additional surtaxes that will be “layered” on top of the new higher tax rates.  Newly developed data from the Joint Committee on Taxation indicates that 55% of the tax from the higher rates will be borne by small business owners with income over $250,000. These same small businesses create 70% of all new private sector jobs in the United States.

I am neither an economist nor a politician. However, I am concerned that all too often, those seeking to soak ol’ Thurston Howell may really be hurting the owner of the corner store down the street, not to mention the employees that work at that store. Is that the intended consequence of the new tax policy?

I welcome your thoughts and comments!

In a few short months, after the Dog Days of summer have gone and the sweltering humidity of the Washington D.C. begins to subside, Congress will begin to get serious about finishing work on tax legislation that will make substantial changes to our current tax code. I’ll leave to the politicians to discuss the wisdom, or lack thereof, of these changes. However, one thing is certain – tax changes are on the way!

I have no crystal ball. However, as Congress debates health care legislation and begins to embrace the red ink from the fiscal stimulus legislation in the last year, significant changes to the Tax Code are as certain as January snow in Denver. For those whose time has come to pay their “fair share” of taxes, here are the ten changes that we’re most likely to see when the sun rises on New Year’s Day 2010:

1. Tax Rates. The “Greenbook” report released by the Obama Administration in May states that the current 33% and 35% tax rates will increase to 36% and 39.6%, respectively. These rates would affect those individuals with incomes exceeding $200,000 for single persons and $250,000 for married couples. While Congress still needs to make the final decision, the proponents of these increases tend to argue that these “reforms” merely represent a return to the Tax Code of the Clinton Administration.

2. Capital Gains. Currently, the maximum tax rate on recognized capital gains is 15%. Under current law, these changes expire after 2010, with the maximum rate scheduled to increase to 20%.  For the same group of high earners (singles making more than $200,000 and married couples making over $250,000), the 20% bracket would return early, most likely with the 2010 tax year.

3. Qualified Dividends. Certain “qualified” dividends received by individual taxpayers from corporations are currently taxed at a 15% maximum rate. Like the capital gains tax increase referenced above, the maximum tax on these “Q Dividends” would be increased to 20% as well. Interestingly, the Obama Administration did not advocate a return to the Clinton years when dividends were taxed in the same manner as ordinary income. My bottom line on this one – don’t count on it. An increasingly budget-conscience Congress will see it as “low hanging fruit.”  Look for the return of ordinary income tax rates on dividends.